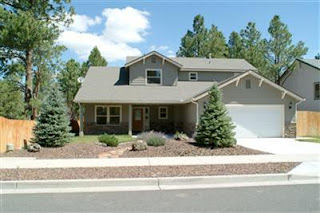 Twenty percent of flagstaff homeowners are second-homeowners, maintaining a primary residence elsewhere and keeping a second home in Flagstaff. This constitutes a population of approximately 12,265 (bases on average family size of 3) living in Flagstaff part time who are considerably wealthier than year round, permanent flagstaff residents. This segment of flagstaff and its demographic characteristics is not captured by the U.S. census or any other data provider.

Seventy-four percent of second-homeowners reside in Arizona. The majority (51%) live in phoenix, Scottsdale, and Paradise Valley. Twenty six percent live in other states- most live in California (24%) followed by Nevada (8%), Colorado (7%) and Texas (6%).